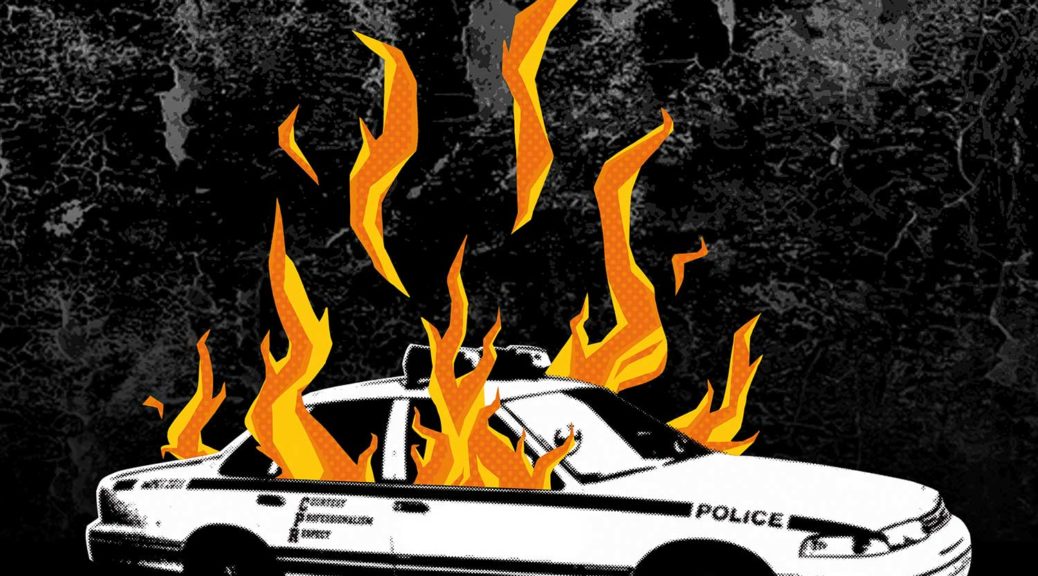 Music for Riots has been a work in progress for aLLriGhT for the last eight years, a journey which has seen their sound progress through the times. Drawing inspiration from both electro-clash and Italian horror soundtracks, this 8 track collection is truly one of a kind.

Their debut album is a blend of heavy electronic music mixed with orchestral stabs creating an epically dark sound filled with suspense. These deep undertones are then outweighed with a dance-inducing beat that transforms the music across parallel soundscapes.

Throughout the journey towards Music for Riots, the band focused on concept creation and intricate beat making to put together their most creative output. The last single, Brexit, draw obvious influence from political affairs and media institutions which is showcased in the accompanying visuals. Their album is the perfect soundtrack to draw you away from your couch and start a riot in the street or on the dance floor.

Hailing from London, band members MiKe and LuKe work together to perfect their skills in beat-making and remixes. Their hardwork and dedication has seen their success rise over the last few years, now boasting a roster of live DJ experience.

Michele Bianchin role on the album was as music producer, mixing and mastering engineer.